They thought they had buried us. But they did not know that we are seeds

Each community has its own history of the manifestation of the inner strength of people, when these words penetrate the skin and become the meaning of life. It has happened to me in Narcofeminism, along with every woman nearby.

We cannot break the rules even by accident. Because there are no rules. Only the value of life and freedom of each of us, realized in practice by simple and forever transforming actions.

Loving kindness, compassion – for care. The Metzineres Entorns d’Aixopluc team has great human qualities and competence, and they take care of us with tact and personal engagement.  The task of each member of the community of drug feminists is the realization of value – to preserve life and to maximize the comfort and health and good mood of a woman nearby.

Personal position coincides with the theme of the meeting and the movement – for trust. You will ask how our team has appeared. We did not appear, but manifested in the same space on the topic – how I need to arrange my life, no one but me knows. So I’m going to decide. We do not represent anyone here. We testify about what is happening with us and our sisters. Narkofeminism – this is when a cry for help in one door, two side-by-side doors open and everybody is united, courageous and until victory together. Anya, Alla, Sveta, Katya, Oksana, Masha, Eliza, Sasha, Inna, Fenya, Aura, Juan, Judy, Alexandra, Vindi, Italian, Erin, Medea, Ishita, Imani and Camille, and Gulzada, Eka and Aidan, Nazi and Olya. Here for us and our friends we make the world more comfortable and safer. So it was cozy to us and with us nearby.

If you have resources, invest in the community – with such care every cent is invested in our comfort to gain new knowledge and experience, and in the centers and cafes of Barcelona, ​​where people practicing intersectional feminism manage and work. Like Cafe  La Raposa with vegan delicious food, feminist library, themed badges, bags and reusable pads made from natural materials. So that the body is comfortable and nature has less synthetics to process. Next day we were welcomed to Ateneu Popular del Raval  with unique museum of feminism and having dinner at the cafeteria of the Restaurant La Ikas with a magic cheesecake. 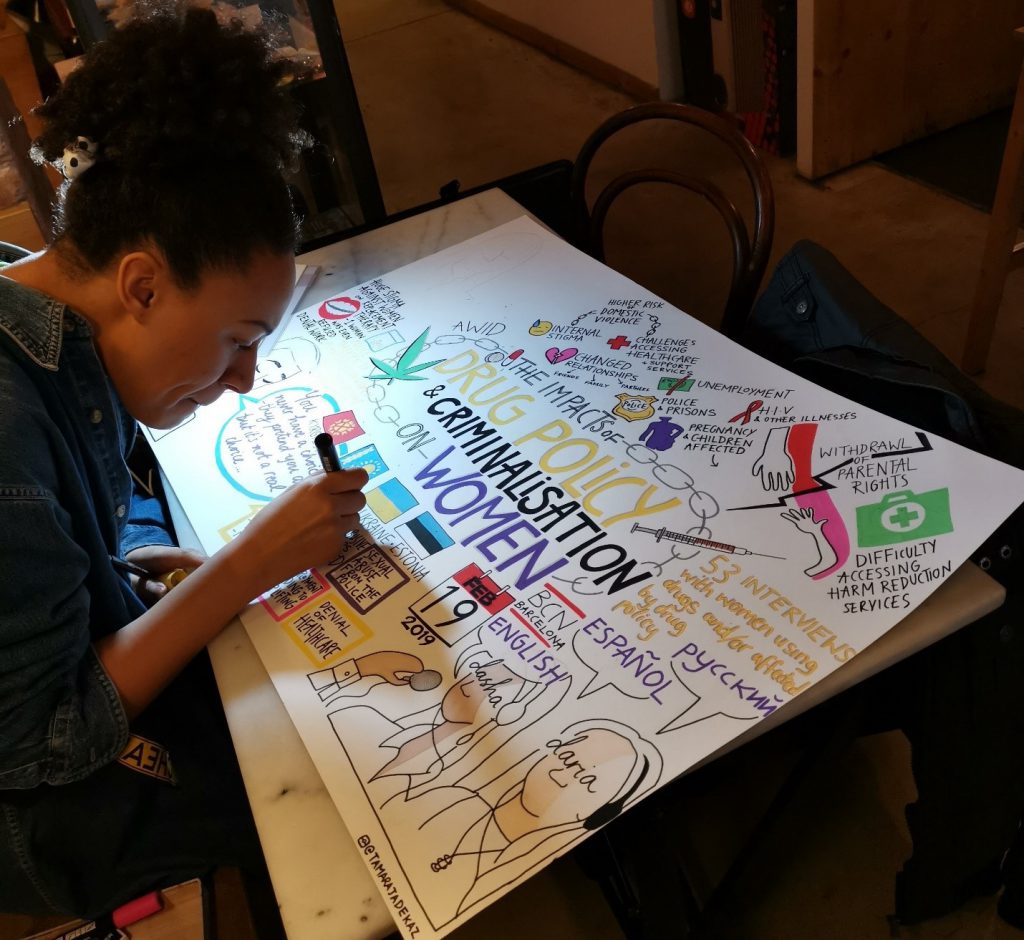 Listen carefully and take the time for understanding and awareness – for peace of mind and action. I left for Spain as a drug-feminist, and returned as an drug-feminist-abolitionist. I am for the abolition of all systems of punishment, control over people’s lives. Amsterdam is a proof to me how people in the community can agree to live comfortably, closing prisons as unnecessary. Master class session from Imani Robinson and Camille Barton Racial Justice. At the session, I learned about such a concept as the Prison Industrial Complex (TPC), a term that is used to describe the intersecting interests of government and industry, which use surveillance, police control and imprisonment as solutions to economic, social and political problems. We analyzed the definition in detail and it became generally clear. Opposition to compassion and common sense are influential repressive politicians and millionaires, the owners of corporations, who receive in excess of the profits and benefits of repression. And as we see from the position of the authorities in Russia, on the drug political arena, they will also hold on to their corporate interests seriously. Such rocks are taken down by strong movements. 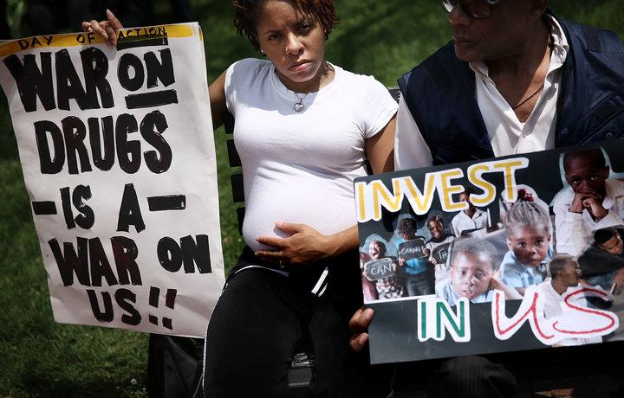 Personal responsibility for words and actions – for effective results. How do you decide who does what? People just do what they have to do. Each of us decides for herself what contribution to make to the movement: who can draw – creates bags with a manifesto for everyone or also prints T-shirts for everyone, paying her personal money, stickers with the logo of the Movement.

The principle of support in practice is implemented as follows: tell your friends nearby so that they know what you are doing. Here they will immediately think over who can be the best to help you. They will not be imposed, but readiness is indicated. For any questions: conduct research, prepare a Declaration or spend an evening in the social cannabis club Pachamama.

The meeting place can be changed, but for now it is not necessary – to strengthen the Narcofeminism Movement. And was it possible? This is a question I had when we went to Metzineres – a center for women who use drugs. Everything is in its place: the bed, the food and the atmosphere, and the water and the doctor with the right hands and heart are always there.

Metzineres does not have a license for an injection room, but they have neighbours in support. Near Agora Juan Andrės Benitez the yard which was occupied by neighbors on the 5th of October 2014 of Juan Andrės Benitez. Juan Andrės lived and lost his life on this street, at the hands on the Catalan police, victim of police brutality. Thanks to the courage and testimony of neighbours, charged were brought against the policemen who caused his death. The very mild sentence they served, however, illustrates the existing police impunity. The rampant real estate speculation wanted this space to host yet another luxury hotel, a business that is alien to the neighbourhood’s needs.

It is response to this, the neighbours have created the self-manage space, where all the issues regarding the project’s development are discussed in a weekly assembly.

We should go back to Barcelona to learn more. Each group of experts on their topics. Together with girlfriends and husbands and children. For all of our beloved ones were with us on the same wave. In one breath 😉

Special thanks to Eliza Kurcevic, Membership and Program Officer, EHRA for photos and inspiration.

p.s EHRA, as well as dozens of international, regional and national organizations, declared that the War On Drugs is a war on Womxn Who Use Drugs! In February 2019 more than 40 womxn from Europe and Central Asia met in Barcelona to work together on intersectional feminism, drug policy, harm reduction and human rights, where the Barcelona Declaration was initiated. You can read more and sign the Declaration.