The future is intersectional

Over the last few months, two important conferences on drug policy and harm reduction took place in Europe: activists were sharing best practices and tools at the International Harm Reduction Conference in Porto, whereas researchers were presenting their findings at the  annual conference of the International Society for the Study of Drug Policy in Paris. The two conferences shared the topic but crucially did not form joint advocacy efforts. What drug policy movement needs now is to connect these two worlds. Here are my highlights from both conferences.

The past Harm Reduction conference like probably always was the place where every person is not just tolerated but welcomed with a warm hug. Coming from Russia, where harm reduction is not really a mainstream,  it felt like a huge opposition gathering. The topics I followed were drug policy, human rights and providing funding for harm reduction.

In accordance with the slogan of the conference — “people before politics” — quite a lot was said about human rights. We, as a society, tend to blame individuals and trust the system to fix them, but it is in fact more fair to blame the system and the state, and give individuals the tools and autonomy to change it. Changing the existing drug policies is a political process, as well as citizen discussion, so  we need to use the existing mechanisms to push the governments further. For example, professor Rodrigo Uprimny who is also one of the members of the UN Committee on Economic, Social and Cultural rights spoke about the “Berlin wall” between Geneva as the home of human rights and Vienna as the host of the Commission on Narcotic Drugs. “We should build the bridge and make drug policy a human rights issue,” he said. The first step was done by the Chief Executives Board of the 31 UN agencies which, right before CND, adopted a common position on drug policy that endorsed decriminalisation of possession and use of drugs. 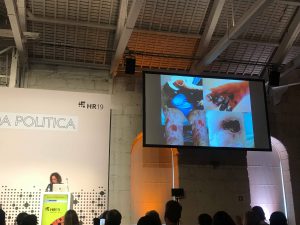 As Nanna Gotfredsen from the Danish Street Lawyers said in her talk, by documenting the harm caused by repressive drug policies we can easily show what putting politics before people means. If only we could do the same with stigma and discrimination that these policies entail. People who use drugs are criminalized, stalked by the police, and at the same time have a hard time accessing legal aid almost everywhere in the world. There was a special session at the conference aimed at discussing the practices of paralawyers, or street lawyers, as a solution to this issue. Such programs of peer help to victims of human rights violations or violence  have been implemented in Denmark, Indonesia, and Russia, among others, and they were proven to be effective even in such severe circumstances as in the case of the Philippines.

For people coming from countries with draconian drug policies, like myself, the Portugese officials said a lot of groundbreaking things like ”criminal justice is never good for issues related to drug use” coming from the police representative or everyones favorite from a member of parliament Ricardo Baptista-Leite ”harm reduction and love have one thing in common they both should be unconditional”. To get to the world with a human-rights-based drug policy, we should encourage politicians to meet with people who use drugs, and, more generally, make people living at the margins of the community visible to the community and be helpful not only to people who use drugs but also to politicians and the police, ”allow them to take credit and praise them.” 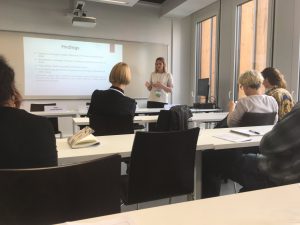 A month later, another drug policy conference took place in Paris, this time bringing together scholars from all over the world. It was the 13th annual conference of the International Society for the Study of Drug Policy. For EHRA, this was the first time attending such a gathering.  Most of the speakers there were from the UK and the United States, some were representing Africa and Latin America. Our CEECA region was severely underrepresented at the conference, as I remember only two presentations covering Poland and the Baltic states (one of which was mine),  an done talk concerning a comparative analysis of drug policies in Germany and Azerbaijan.

Due to the growing number of countries which have legalized cannabis for medical and/or recreational use, the number of presentations on various issues related to this vast topic was enough to spend three whole days listening only about it. At the opening of this conference Anne Souyris, the Deputy Mayor of Paris for Health, said: ”We always wait for dramatic health events to implement harm reduction. In order to be effective, drug policy should be flexible and adaptable. We should do it on the go, start small and then structure if necessary.” But even if the government is pro-active, the role of civil society is to keep the topic on the agenda, to work with the government, and make the law better. In Uruguay, before the legalization of cannabis, over 60% of people were against it at the beginning. The president administration initiated the reforms in order to fight against drug trafficking, not necessarily for the benefit of the people or in the name of human rights, and the adopted legislation would have never been as we see it today if it wasn’t for the activists.

All the relevant arguments that we as advocates and harm reduction practitioners need were represented there: the efficiency of drug consumption rooms, the importance of decriminalization and depenalization, legalization of cannabis, and sensible policing. There was an interesting presentation which concerned an analysis of all publications on decriminalization which revealed that prevalence of use is taken to be the dominant indicator of drug policy success. As a result, it seems that countries pass the laws for one reason, and then evaluate a totally different thing. 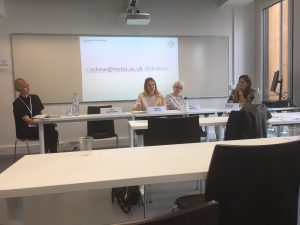 Due to “insufficient methodological tools to conduct community-based research,” community involvement in the research was presented as a new trend. The reasons why researchers ‘should’ collaborate with peers listed on one of the slides were:

Whereas HR2019 was filled with people from the community, harm reduction practitioners and advocates, this conference was almost pure science. At the end of each presentation, I was hoping to hear something about how that piece of research was used in policy making, and what was the reaction of the government, health professionals, or any other relevant stakeholders. However, strangely, most of the time presenters did not say a word about the next steps and policy implications that followed from their research, or how it was used in advocacy, or to what extent it was effective. Also, the presenters did not explain the reasons why they had decided to pursue this topic in the first place. 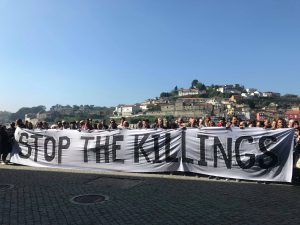 To conclude, the two conferences got me into thinking about why although they shared the messages and general conceptual frameworks, they did not share the audience. Stigma related to drugs is divisive even for people who use drugs, one can see the split between “bad drugs” and “good drugs”, for example,  socially acceptable upper-class party use contrasted with “those people in the street we have nothing to do with.” We see separate conferences for harm reduction, psychedelic, cannabis and ayahuasca users, cultivators, scientists and activists, doctors and police, palliative care and access to pain management.  Repressive drug policies affect the quality of life and safety of every person, and can be used as a way of controlling the population and implementing political repressions just the way we recently saw in Russia or like we see it happening every day in the Philippines. We have a common enemy — repressive drug policies. We need to join our forces and create an intersectional drug policy movement.