Give a helping hand, not handcuffs: Social decriminalization campaign in Lithuania

This year “Young Wave” has focused small grant activities on the development of the social campaign. Why have you chosen such kind of activity?  Could you please tell us what your campaign is about?

Even though it was a small grant, for us it was a big project! In Lithuania, we knew that the Parliament is due to discuss drug decriminalization amendments this year. As the only NGO in the country focused on drug harm reduction for young people, we decided that it is our responsibility to start raising awareness and understanding on how drug criminalization disproportionately affects young peoples’ lives. Over the past 3 years, alarming indicators have shown that drug policy in Lithuania is focused only on criminalization of people who use drugs and those, who possess small amounts of drugs without intent to distribute. For example, possession of drugs in small quantities without intent to distribute accounted for 77% of all drug related crimes committed in 2019. 63 % of offenders were under the age of 29. Each year, about 750 people are serving sentences in prisons, which cost Lithuania around 10,5 million Euro per year. These are just a few indicators, that prompted us to create a social campaign on the harms of drug criminalization. The campaign is called “Give a helping hand, not handcuffs” (in Lithuanian – “Ištiesk ranką, ne antrankius”). 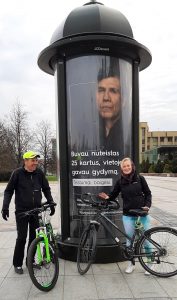 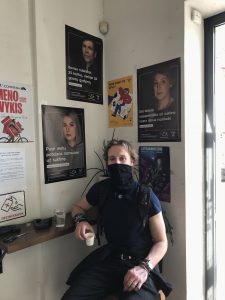 Why this campaign was developed, what were the expectations, main expected results/changes?

This campaign was developed in recognition of the fact that the political process to achieve drug decriminalization would be very contested, and our opposition would mobilize in the media and social networks. We realized that we also need to strengthen our message so that politicians feel that young people and society at large are concerned about the harms of drug criminalization. If we don’t take action, who will? The expectation was that our campaign would get featured publicly  in the media, social networks, and at least will offer a counterpoint to the narratives of the political right wing in our country. Obviously, the main expected change would be for the drug decriminalization law to pass the vote in the Parliament, but we still have some time before the vote. If it doesn’t pass, at least we would have mobilized the community and got it ready for the next response. During the campaign we have found new allies and new stakeholders for us to grow and be more impactful in the future.

What were the main activities in your campaign?

The main activity of the campaign was the launch of three posters placement on 50 advertising spaces in the country’s capital over two weeks. These posters presented stories from people that have suffered harm from the drug criminalization laws. For example – the man who was sentenced 25 times, but received access to opioid substitution treatment instead of going back to prison for the 26th time. It all happened with the support of a police officer, who listened to the person and understood that incarceration was not a solution. Police officer helped the man to receive referral to the opioid substitution treatment. In another example, we had an image of a young woman who spent her 23rd birthday in a correctional facility just because she was caught with marijuana joint during the party. Once these posters were released, we had to write press releases and engage with various media for interviews and discussions, as well as foster involvement in the campaign through social media. 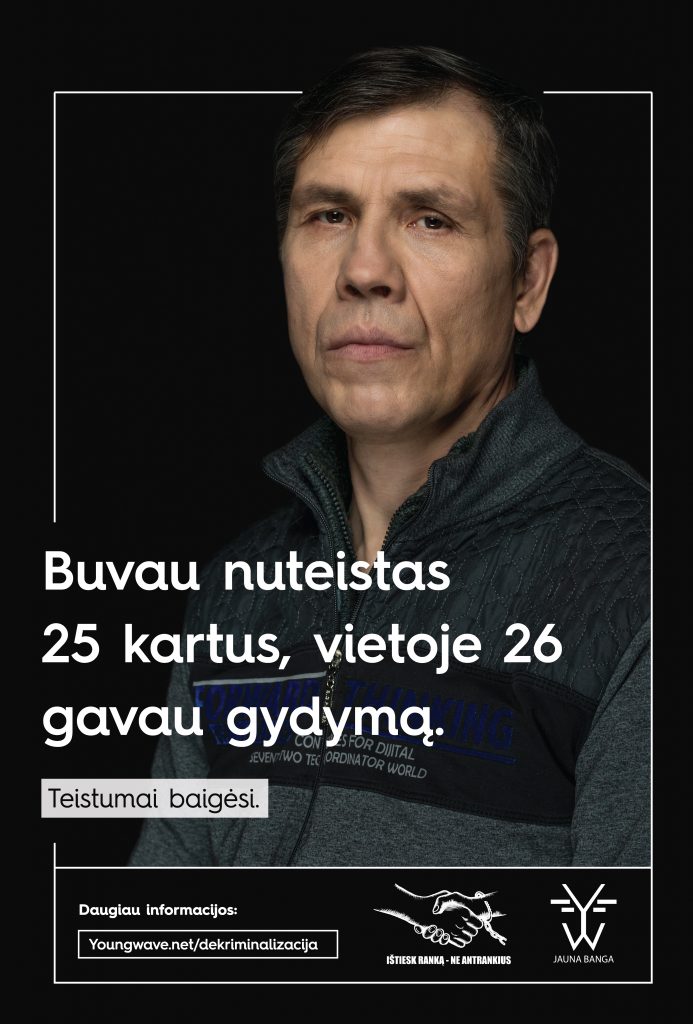 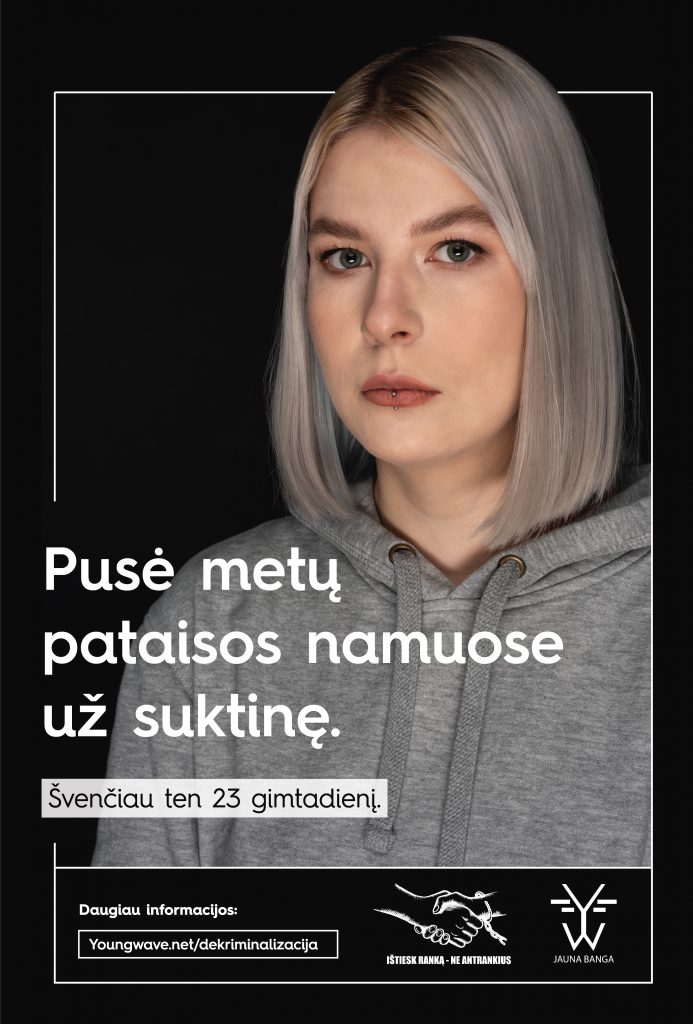 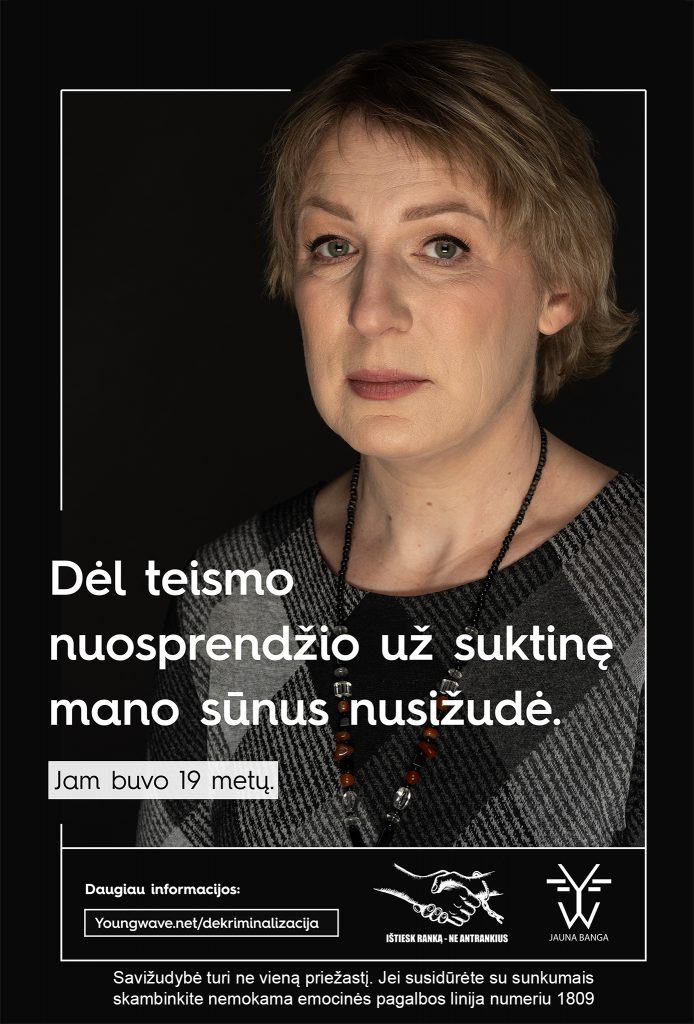 What was the public reaction to the campaign?

We actually had a lot of engagement with the public. Our Facebook social media posts had over 200,000 organic reach and around 30,000 engagements. Our campaign was covered in all major news channels and portals in the country. We had an overwhelming support from various public figures, but also the public. Especially notable were people who were sharing their personal stories of harm they have experienced from judicial and police systems. One story in particular stands out where a 16-year old girl was forced to strip naked and squat after 0.3 g of cannabis was found in a car by the police and she admitted that it was hers. She ended up spending 7,000 Euro on legal bills and had no money to attend university. Another notable story was where a person was arrested for possession of cannabis only to be bailed out by her parents (it was kind of blackmail from the police). She then described the following months of stigmatization due to the investigation which caused suicidal thoughts.  Many of these stories really highlighted the importance of who we are. There was also a large wave of negative interactions with our detractors as it’s a very controversial topic in the eyes of the public. Such comments would basically say that drug users are degenerates and they got what deserved. A lot of people seem to believe that drug use is a crime on a par with a murder and calls into question a person’s moral character. Other more consistent interactions focused on why there is a need for decriminalization when we should be focusing on people using less substances. These talking points were not unexpected and we hoped to facilitate dialogue between the two sides. The more people are talking about it, the more the Parliament feels that their decision has weight.

Some well-known public figures ultimately formed more concrete responses to our position based on moral representation and demonstration of virtue such as opposition leader Ramūnas Karbauskis and media figure Rūta Janutienė, to which we responded in dedicated social media and blog posts deconstructing their positions and correcting misinformation.

What challenges did you face? What was the hardest one? Were there any unexpected issues?

I would say the biggest challenge we faced was the management of negative online interactions in social media. The non-trivial amount of these interactions was potentially hate speech, and we took necessary precautions in order to moderate a safe and tolerant online space for dialogue. Other challenges we faced were communicating with various interest groups regarding our messaging – the journalist ethics commission and the Lithuanian youth telephone helpline in order to assure that our messaging is respectful, legal but powerful. It was also difficult to find people to share their stories and faces for the campaign, because of the overwhelming drug-related stigma associated with drug use, which this campaign tries to mitigate. 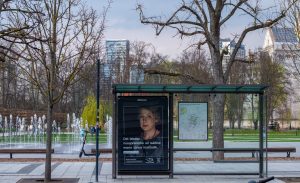 The law project is already in the Parliament and soon will be discussed in the main committee. What are your thoughts about it? Will the law pass or not? Why?

It’s hard to say. Of course, the Parliament heard our message and our cases, however the opposition also took similar steps. Some of the main discussion topics are that the law should stay punitive, and that small fines can’t be imposed, as they don’t prevent drug use. Another argument was that instead of decriminalization we should offer people rehabilitation and/or treatment in order to avoid being charged with a criminal offense, however existing criminal offences would make them ineligible for this waiver. What is more, if a person would not agree to undergo a course of treatment, she/he would be punished with the criminal liability. So, this “alternative” seems more like a compulsory treatment in case of avoiding criminal liability. Some parliamentarians believe in the distinction between ‘soft’ and ‘hard’ drugs and believe that marijuana decriminalization is more acceptable, but ‘harder’ substances should remain criminalized.

The debates seem to be very heated, and we hoped to facilitate evidence-based discussion, however the rhetoric used by our detractors still contains mostly misinformation and moralization. Ultimately, I believe we have a real chance, but it seems likely that the opposition will be able to somehow change the law so that we don’t get everything outlined in the initial law proposal. But we welcome every step in the right direction at this point.

What are the main lessons learnt? If you start the campaign tomorrow with the experience you already have, what would you do differently?

I think thanks to the campaign we have much more confidence in ourselves. Initially we were afraid that we would struggle to get recognition and support, however there was no shortage of that. In fact, it was probably the most successful project in terms of public engagement we have ever made. I think we would focus more on the messaging and spreading out powerful stories based on concrete examples from legal cases, so that we can point to certain procedures that caused harm, which would make our common cause more convincing. We will definitely consider doing it again in the future, subject to funding.