“Support. Don’t Punish” WHAT HAS CHANGED ON THE HORIZONS OF DRUG POLICY?

According to the statistics of the Prison Department[1], in the last three years, an average of 321 new persons convicted of crimes related to psychoactive substances have been admitted to Lithuanian penitentiary institutions. This represents on average 12.61 % of all newly imprisoned persons.

And in fact, it is not very surprising that more than 5,000 people serve sentences in Lithuania every year. Compared to Europe and its eastern neighbors, we are “leading” in terms of the number of prisoners. The indicator of Lithuanian inmates is 234.9 and only Azerbaijan (235.0), Georgia (252.2) and Russia (418.3)[2] are “better” than us. It seems that in this case it would be possible to say “too big for your britches”. But let’s continue the review… 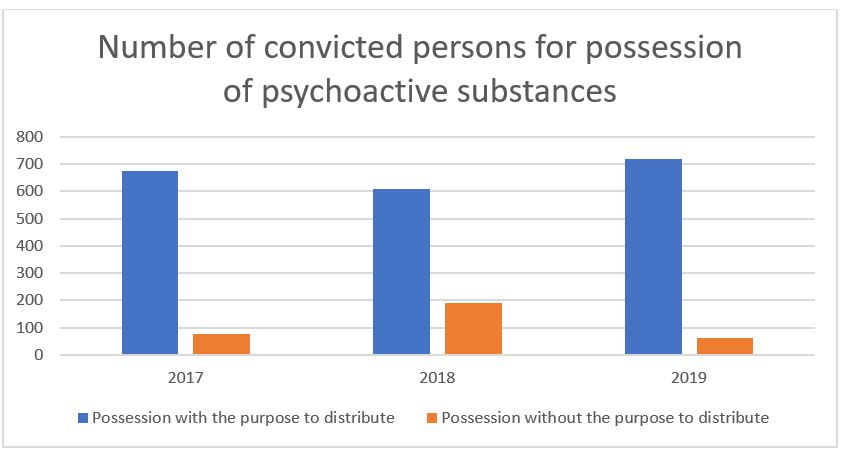 It is also important to recall that the law of “zero tolerance” is in force in Lithuania, which means that possession of any small amount (even of 0.006 g of cannabis[3]) will be subject to criminal liability. Maybe not a real punishment at the place of imprisonment, but a restriction of liberty, arrest or a fine will be guaranteed.

Another important aspect is the term for serving the sentence. The most common term for punishment for crimes related to psychoactive substances is about 7.5 years. However, the actual sentence is lower – about 3.5 years (more than half of the term). However, in 2019, an extended term for serving a sentence was observed. If in 2017 the actual term of serving a sentence was 3 years, then in 2019 – already 4 years. 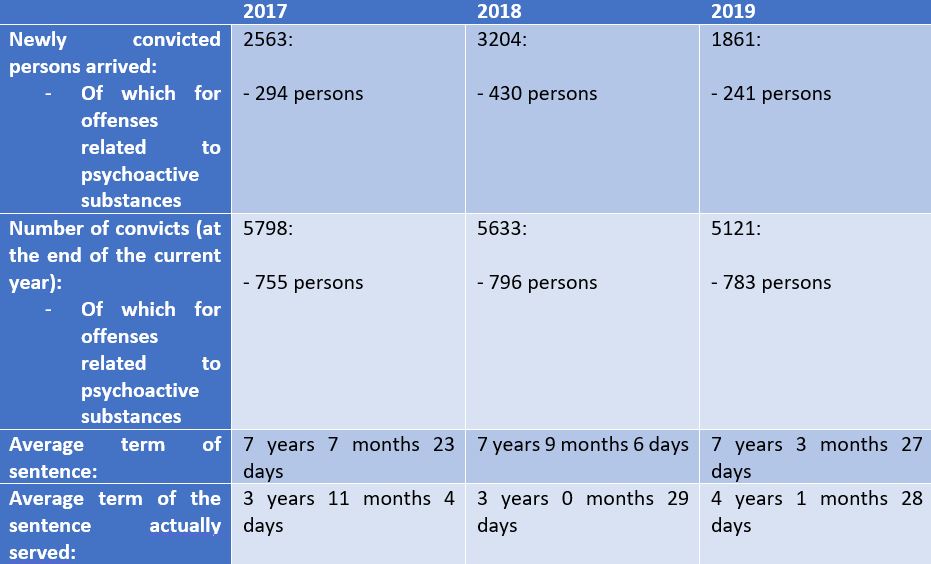 And what would you invest 8.6 million Euros in?

One of the most relevant topics is how much does it cost to keep one prisoner? And how much does our state (I will specify – we) pay for a drug policy against a person?

In 2017, the maintenance of one inmate amounted to 23.31 Euros/ per day, in 2018 – 25.80 Euros, and in 2019 – 30.01 Euros. According to official data from the Prison Department[4], the amount of maintenance does not decrease at all. However, on the other hand, perhaps this money is / will be allocated for better ensuring the human rights of inmates, which, according to the United Nations Committee Against Torture, Lithuania really lacks and there is still room for improvement[5]?

But let’s get back to math. Thus, in 2019, the maintenance of one prisoner per day costs Lithuania 30.01 Euros. In 2019, 783 persons are serving sentences in places of imprisonment. How much does it cost us a year to maintain persons convicted of crimes related to psychoactive substances?  Yes… If you are doing well in math, you should have counted about 8.6 MILLION Euros[6]. And yes, that’s what we pay for just 13% of people serving sentences in prisons. And there are still 87 % left… 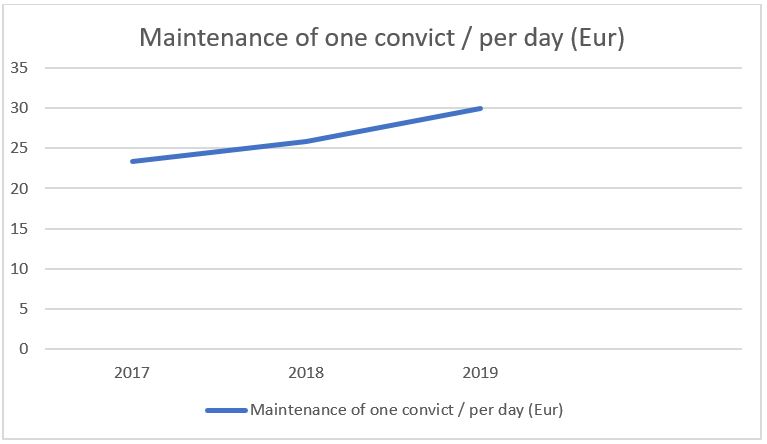 Well and where I’m going you probably already understand… If you have ever wondered what prevention or harm reduction programs are implemented in Lithuania, to what extent, and ultimately what their quality is – you should have noticed that these programs do not really receive as much state attention and funding as criminal and penitentiary policies do.

The same applies to other particularly important and sensitive topics in our society – improving mental health, suicide prevention, sexual and reproductive health, and many other topics…. They just stay overboard. A healthy and safe society is one that does not experience repression, stigma and discrimination. A healthy society is supported. SUPPORT. DON‘T PUNISH.