Handle with Care: How to Document Human Rights Violations among the Most Vulnerable Groups of Key Populations

On 24 July, 2018, EHRA and Canadian HIV/AIDS Legal Network conducted a workshop “Handle with Care: How to Document Human Rights Violations among the Most Vulnerable Groups of Key Populations”. 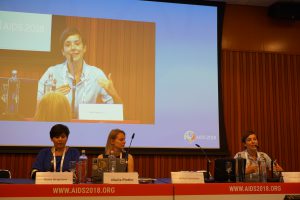 The workshop was included in the main program of AIDS2018 and gathered participants from the CEECA region, as well as from Africa and South-East Asia.

In order to give the audience an opportunity to “feel” the context in which the work is being carried out to protect the rights of people who use drugs in the EECA countries, we presented two cases in details: rights violation of patients of the OST program and advocacy responses by the community in Kazakhstan. As well as a study of the rights violation of women who use drugs in Estonia. Both cases became the basis for complaints to the Committee on Economic, Social and Cultural Rights and are an example of human rights advocacy initiated as a result of SOS from community representatives to regional and international networks.

According to routine work on documenting human rights violations, appealing to authorities and international institutions, the community acquires the knowledge and skills to apply accessible legal tools for meaningful and long-term dialogue with authorities and society generally to approach gradually the goal to reduce the vulnerability of key population groups to HIV and TB. 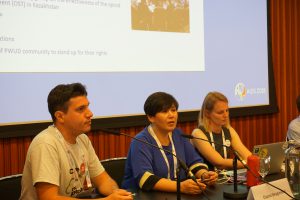 The fact that in the EECA countries communities do not address directly to country human rights mechanisms and are not often ready to write complaints to the prosecutor’s office against illegal actions of the authorities, is a direct consequence of the underdevelopment of the right state in the region generally, as well as stigma towards people who use drugs. The community is afraid (and it can’t be said that it is baselessly) that an attempt to protect their rights will turn to pressure from the representatives of the authorities, attacks of journalists and indignation of relatives and neighbors if the case will receive wide publicity.

“But let’s not forget that the harm of our inaction in these cases is much worse than the difficulties that can be encountered in filing a complaint. The cases we speak about have so much damage and risk to life and social well-being, that attention from the authorities and journalists, even if is not always positive, helps rather to prevent further damage. Our vulnerability is that our rights are violated, and it happens in an atmosphere of dense silence. To break it and to start a dialogue about the causes of vulnerability is a task of documenting cases of human rights violations and reporting them to national and international human rights mechanisms provided by law. It won’t be easy, someone will be imprisoned, someone will suffer otherwise. But you can’t keep silence. Silence and the status quo are the worst forms in which the silence and stench of the marshy atmosphere will never dissipate. ” – Michail Golichenko, Canadian Legal Network on HIV/AIDS 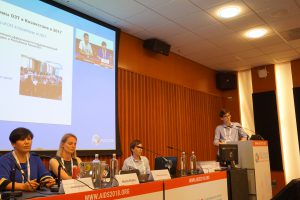 Various ways to ensure the safety of community members were discussed during the workshop – from using as a cause for a complaint of group anonymous interviews to a strategic dialogue with the authorities aimed to perceive community as a partner and not as an opponent of authorities.

To read more about the cases of Estonia and Kazakhstan.