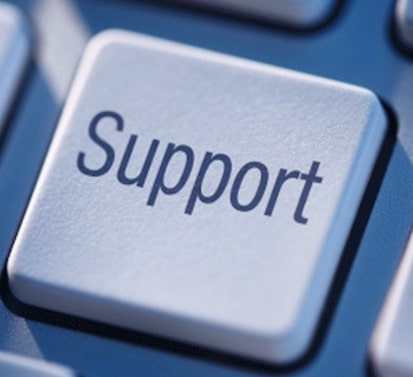 On the 11th January 2019, the Global Fund announced its fundraising target for the next three-year cycle for 2020 – 2022. The Executive Summary of the Sixth Replenishment Investment Case describes how a minimum of US$14 billion will help save 16 million lives, cut the mortality rate from HIV, TB and malaria in half, and build stronger health systems by 2023. The Global Fund’s Sixth Replenishment Conference will take place in Lyon (France) on 10 October 2019.

Eurasian Harm Reduction Association together with the Alliance for Public Health encourage organizations involved in response to HIV and TB epidemics in the countries of the EECA region to join the international action in support of the Global Fund’s efforts to ensure the necessary level of investment within the Sixth Replenishment. The action is timed to coincide with February 14 – St. Valentine’s Day, which explains adding a love wording into these advocacy efforts.

We urge you to sign an open letter to key donor countries (Australia, USA, UK, Japan, South Korea, France, Canada, Germany, the Netherlands, Belgium and European Union) requesting them to show us their love by increasing their pledges within the Sixth Replenishment of the Global Fund, thereby showing leadership and reaffirming their commitment to fighting the three diseases. It is also an opportunity to increase awareness, boost contributions and bring new donors from EECA region, including Croatia, Estonia, Hungary, Kazakhstan, Latvia, Lithuania, Poland, Slovenia.

The signed letter will be delivered by the Alliance for Public Health to the embassies of the respective countries in Kiev – the capital of the country (Ukraine), which received the largest Global Fund investments on HIV and TB response from among other countries in the region within the current allocation period.

The action was initiated by the Global Fund Advocates Network Asia-Pacific (GFAN AP) and is now supported by over 40 countries in the Asia-Pacific and Africa. This initiative is now also being supported in Africa through GFAN Africa for both Anglophone and Francophone countries.

Attached you may find the master template of the letter to be signed and delivered to the embassies of the donor countries. Specific language may differ from letter to letter (country to country) given the requests of CS working in those countries to complement and support their advocacy strategies.

In case your organization is ready to join the action – please provide us on julia@harmreductioneurasia.org by Monday COB 11.02. with the next data:

Name Surname of the head of the organization

Exact title of the head of the organization

Name of the organization (country)

Statement by the UN expert on the right to health* on the protection of people who use drugs during the...
The Position of Correlation-European Harm Reduction Network and EHRA on the Continuity of Harm Reduction Services During the COVID-19 Crisis
Alternative Financing: Models of sustainable development for non-profit organisations
Challenges in funding of harm reduction as key component of sustainable HIV/hep/TB response in Central and Eastern Europe
People Use Drugs. We Want To Know What Do We Use
Developing the capacity of CCM members representing civil society in Central Asia: a two-day workshop took place in Almaty, Kazakstan
Status of transitions in the EECA region
Connecting NGO and communities representatives from Eastern Europe and Central Asia with 3 Delegations to the Global Fund Board
Global Fund grant to Belarus in 2015 was conditional on the government developing a social contracting mechanism
1 2 Next »