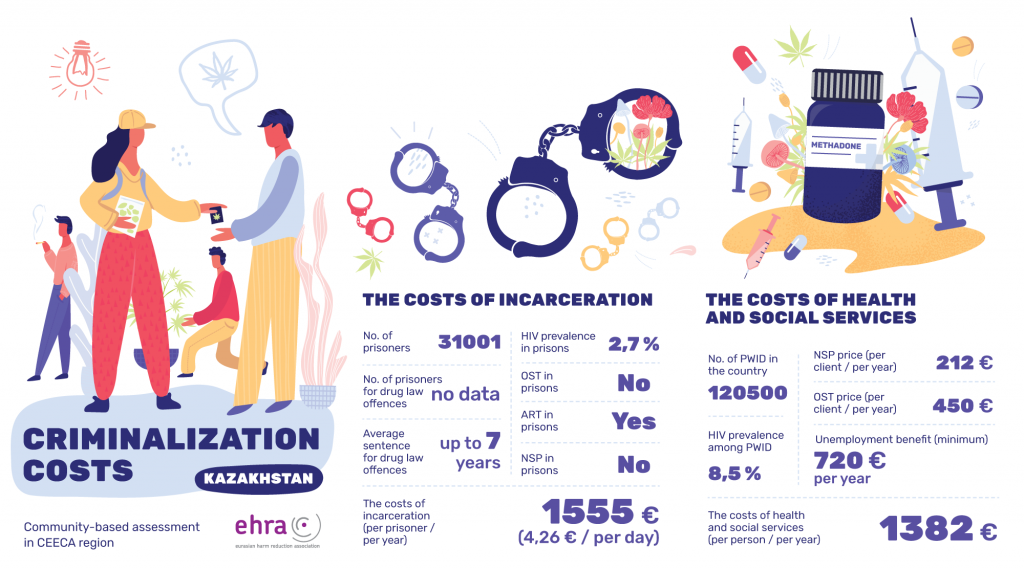 The estimate number of people who inject drugs is around 120500[6]. HIV prevalence among PWID is 8,5%[7]. The cost[8] of NSP services is approximately 212 eur/per person/per year, OST – 450 EUR/per client/per year. Although OST programs were initiated in 2008 they are still have a status of a pilot project and the coverage of services remain very low. February 2019 less than 1% of people with opioid dependence had access to opioid substitution treatment. This is ten times less than the lowest indicator of 20% recommended by the World Health Organization. In 2018 the program was at risk of full closure[9]. Unemployment benefit in Kazakhstan is approximately 60 Eur/per month (720 Eur/per client/per year).[10]  So, if the person would need OST, NSP and unemployment benefit, it would cost for the state around 1382 Eur/per person/per year.

Update. The average amount spent per day for the detention of one inmate in Kazakh prisons is approximately 5,6 eur/per day[11], 2044 eur/per inmate/per year.