LITHUANIA: WHERE ONE SHARED JOINT MAY COST YOU LIBERTY 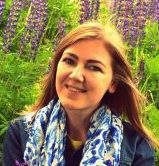 „After the New Year, for the smallest amount of marijuana – criminal liability and immense fines, „In one of Vilnius bars, police made a raid: Some of the bar visitors were scared, some were laughing“, „A young man was sentenced for the distribution of drugs, committed a suicide in the Lukiškės Remand Prison“, „Penalties in Lithuania: for one shared joint – imprisonment from 2 up to 8 years“ – those are just a few titles of the headlines in the news portals, during this year (2017). This is definitely a year of failures and regress in the terms of drug policy, where policy makers started to treat people in Lithuania, as drugs itself: isolating, controlling and containing. And while some of the European Union countries already have a great experience in the process of the drug liberalization by creating tolerant, human rights based approach of the psychoactive substances possession for the personal use (such as Czech Republic, Portugal, The Netherlands), opening drug consumption rooms (The Netherlands, Germany, Denmark, Spain, France, Luxembourg) or prescribing heroin-assisted treatment (Denmark, Germany, UK, Spain, The Netherlands), Lithuania is coming back to the rotten roots of old laws, where punitive and prohibitionist policies were worshiped. And here I speak about Soviet Union times, when for the possession of drugs you could get up to 15 years imprisonment. So what‘s happened in Lithuania (or should I say WITH Lithuania?)?

A GLANCE INTO THE DRUG POLICY SITUATION IN LITHUANIA, IN 2017

I can’t call the beginning of 2017 as a great start of the New Year in the context of the drug policy. Before 1st January, 2017 provision on the possession of the small amounts of the psychoactive substances was considered as a matter of the administrative liability by the Administrative Offences Code. But starting from the 1st of January, 2017 possession of the psychoactive substances (any amount of it) is regulated by the Criminal Code and considered as a crime or misdemeanour[1]. Unfortunately, I can’t get in the heads of our policy makers and rational explain what kind of blackout they had so they decided to move these provisions from administrative to criminal liability. But seems they got confused about separation of criminal and administrative liabilities and just moved all that kind of provisions to the Criminal Code. And this is the best example of the punitive mentality: if you don’t know how to treat a person – give him/her the worst penalty. So, Lithuanian policy makers did it and the bedlam started in the heads of the Lithuanian citizens.

When the first cases, related to the possession and distribution of the small amounts of the psychoactive substances in 2017 appeared in the courts, judges didn’t feel like they want to punish young Lithuanian citizens with the custodial sentence for a term of up to two years (in case of the possession) and custodial sentence for a term of two up to eight years (in case of distribution). Special attention during investigations was taken in the cases where famous Lithuanian person’s children were caught or children from “good families”. So what courts did in the most of the cases – they gave a fines or based on the principle of justice gave a suspended sentence (when imposition of the penalty provided for in the sanction of an article is evidently in contravention to the principle of justice, judge can impose a commuted penalty subject to a reasoned decision). But these decisions actually didn’t help young persons, as they got criminal convictions for several years. Just to imagine, how messed up we are: approx. 800 pre-trial investigations on the possession of the psychoactive substances have already started this year. 537 suspended sentences were imposed in pre-trial investigations. But let’s move on, as there were more consequences of these harsh laws.

One May evening, popular bar in Vilnius „Peronas“ was „visited“ by the police. It lasted about 15 minutes. All this time police were distracted by not knowing what to do, were running around the bar. Please, check video (really worth to see this ridiculous raid). „Some of the bar visitors were scared, some were laughing“, says the owner of the bar. After raid there was no more information from the police, no warnings. So what was the point of this raid? What the police wanted to show by organizing it? Instead of concentrating on the catching up large-scale dealers, police started to organize bars visitors frightening actions. But…that’s only one example from dozens, which happened this year.

Situation started to get worse in autumn. One morning I woke up with a new “A young man sentenced for the distribution of drugs, committed a suicide in the Lukiškės Remand Prison“. I couldn‘t believe that this is real, that this is happening in the XXI century in Lithuania. He was only 21-year-old. After the decision (custodial sentence) was made, the young man was found dead in the camera. He made a suicide. NOT drugs killed him, but draconic and disproportionate laws, which take off any hope! The fear of cruel, brutal, inhuman conditions in the prison made a young person to make a suicide.

And for the end I left the newest updates, which made a lot of families, lawyers, judges, members of the society to rethink towards where we are moving on. Starting from the 6th October 2017 Criminal Code was „patched“/amended. The policy makers decided that it‘s time to fight with corruption. How it is related with the possession of the psychoactive substances? These amendments prohibited to suspend a sentences for a serious crime. But as judge A. Cininas commented „The motives were beautiful: the fight against corruption, fraud. But serious crimes also include activities such as sharing joints of cannabis between the teenagers”. So basically, if one day I will be smoking joint and my friend will ask to share it with him/her, and we will be caught by police, this will be interpreted as a possession of a psychoactive substance with the purpose to distribute it. And by amended laws judge will be obligated to give me a custodial sentence for a term of two up to eight years (no suspension, as this crime is included into the „serious crimes“ category). Which as you already understood, means, that I will go to the prison from two to eight years. Does it make sense? Well, in the country where drugs are criminalized and punitive mentality can‘t leave it roots – probably it does.

Until now, Lithuania has done little to reduce crime or to take attention on the large-scale dealers. Starting with the new law (amendment of the Criminal Code from 6th October, 2017) we will have prisons filled in with young, low-level, non-violent individuals.

So maybe instead of putting low-level „criminals“ into the jail, let‘s take a look to the progressive approaches, let‘s check how other European Union countries deal with the issue. A variety researches showed that treatment-based, education and simply human rights based approaches are the most effective and giving the results.

Next month I will update you with the situation in Lithuania and using the Portuguese model of decriminalization, will show what changes we can make in our system.